Posted by Ray Hale on December 12, 2016 in cross platform development

As mentioned in a previous post I have been trialling Corona SDK for cross platform development. While initially being impressed by the speed and ease of use of Corona, I had misgivings about the availability of technical support and the fact that all apps created with Corona have to be built on their server. My concerns regarding the technical support have proved legitimate: I have still not received any response from Corona to my question sent a week ago.

So, I tried to find an alternative development platform that will allow me to build for both iOS and Android. I eventually came across Gideros.

Gideros comes with its own, simple, IDE. This is essentially a file management tool and text editor with basic auto completion and debugging capability, which makes it is a lot more usable than Corona, where you are forced to use your own text editor. Gideros also includes a built in player that allows you to rapidly test your apps on your computer at multiple screen sizes / resolutions. Like Corona, it is based upon the Lua scripting language, which is really easy to learn. It is completely free to use but you will need to pay $149 per year to remove the Gideros splash screen from your apps.

I’ve found the Gideros documentation to be excellent and the IDE contains several useful sample projects. The major advantage Gideros has over Corona is that you can build apps without uploading to and compiling on a server – so you are not totally at the mercy of the company. The forums also appear to be active and many of the problems you may encounter will have already been solved.

With the Lua scripting language, it is important to understand that all variables and functions are global unless declared otherwise. This caught me out initially when I was calling a function in one script and receiving a response from an identically named function in another script. To resolve this I made each of my scripts a class, as documented here.

I’m relatively new to Gideros but I must say that I have been very impressed so far. I have heard that iOS MapKit is not currently supported, so this may prove to be a sticking point if you need this functionality.

I believe that Gideros has a very solid product and that they will ultimately succeed or fail based upon how well / quickly they are able to update their SDK to accommodate new developments in the iOS and Android SDKs in order to keep the developer community happy. I hope they succeed. If you’re looking to do some cross platform iOS/Android development I recommend you give Gideros a try. 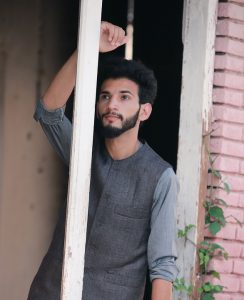 iOS Developer Guide is a knowledge resource for iOS developers and is designed to help you make the right decisions when developing, marketing and monetizing your apps.

My name is Simon Thompson and I created the hit iOS app Chase The Dot. My apps have been downloaded over 2 million times.

I believe in simplicity: in design, development and the explanation of concepts and ideas. I will try to provide high quality information and insight in a clearly presented manner. I would like other developers to benefit from my experience as I believe that if we share our knowledge we will all gain.

This blog is for you and I want it to be a two way conversation, so please get involved by commenting. Also, please feel free to contact me.